What’s so inspiring about women in aquaculture?

Home News and Events What’s so inspiring about women in aquaculture?

I have been working in aquaculture for over a year now and I find it has so many synergies with other industries I have worked in previously. The main one being that its workforce is predominantly male. Like other sectors I’ve worked in – namely renewables and oil and gas – women are working in “a man’s world” and not just blending in, but standing out as exceptional, inspirational figures.

There are plenty of inspiring males out there, but I want to focus on the women because I personally feel really buoyed by some of the people I have met who really excel at their jobs.

I am a mother of two small children, I have a husband and a dog – life can get seriously hectic at times! I wear a lot of different hats, with a lot of different plates to spin and it can sometimes feel as though you’re not going to get it all done. As an Events & Marketing Manager, I have a good few vocational mentors I can look up to and learn from, but at a recent Women in Scottish Aquaculture (WiSA) event I attended, I met and heard from a range of members of the aquaculture community who showed what hard work and positivity can lead to.

One such person is Alison Hutchins, Farming Director at Dawnfresh. Alison gained a degree in marine biology and subsequently, a masters in aquaculture. She worked in a variety of different roles for companies such as the Crowne Estate, Marine Harvest, SEPA and the Scottish Salmon Company, as well as being self-employed for a spell – along the way getting married and having children. Whilst in the role of Technical Manager at Dawnfresh, she had the “lightbulb moment” when she realised she wanted to be Farming Director. The first female Farming Director. By the time she was 40. She had her goal and she was determined to get there. She had moments of self-doubt along the way but she stated her aim to her line manager and worked towards achieving the role, with coaching from her mentor. Her advice? Know what you want to do and be honest. 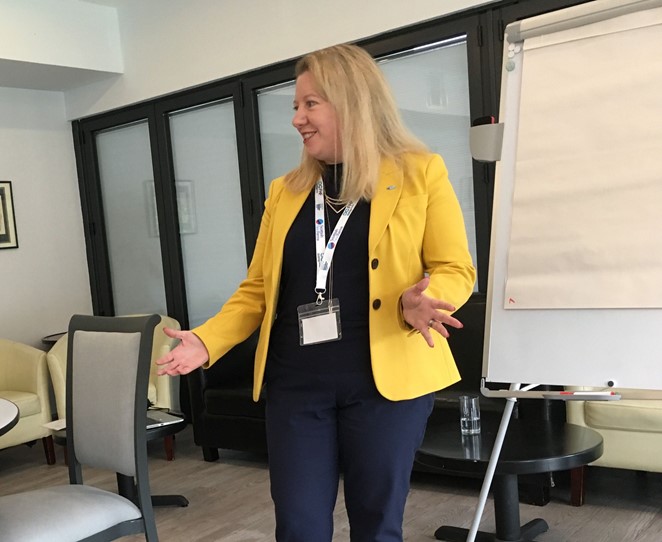 Alison’s story really resonated with me because I think sometimes, as women, we can overlook ourselves as capable of getting to that desirable position. Even more so if you are a mother and you “take time out” to have children. This brings me on to the next speaker at the event whose talk really struck a chord with me, Teresa Garzon of Patogen. 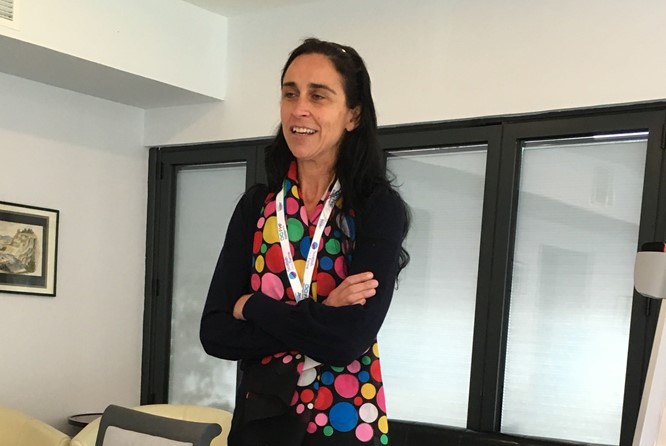 Teresa worked in academia for a number of years, then got a post at the University of the Highlands and Islands in Thurso, followed by a job in Oban with SAMS. This was her first experience of aquaculture and she found it fascinating. Returning to work after having children, a male colleague encouraged her to seek a pay rise on the basis that she was more qualified and more experienced than him. She hesitated because she had been on maternity leave, but when she finally asked for a pay rise, the answer was an immediate yes. She says we should forget about the misplaced guilt of taking time off to have children – your skills and experience are still valid.

We at SAIC have the pleasure of meeting and working with lots of young women who are at the beginning of their careers in aquaculture, for example, Kendal Hunter from Mowi who has such an optimistic and upbeat attitude. Kendal had some amazing experiences as part of the Mowi graduate programme – a placement in Svalbard with 24 hours of light in the summer, 24 hours of dark in the winter and a requirement to carry a rifle in case of potential polar bear encounters! She became Farm Manager in 2018 and was the first female team member in the South Uist farm. She found that she was warmly accepted into the team and that her male co-workers were very supportive of her progression to Farm Manager. Women like Kendal are very much part of the future of aquaculture so it makes me feel really positive that there are such great opportunities for development on offer from Scottish companies. 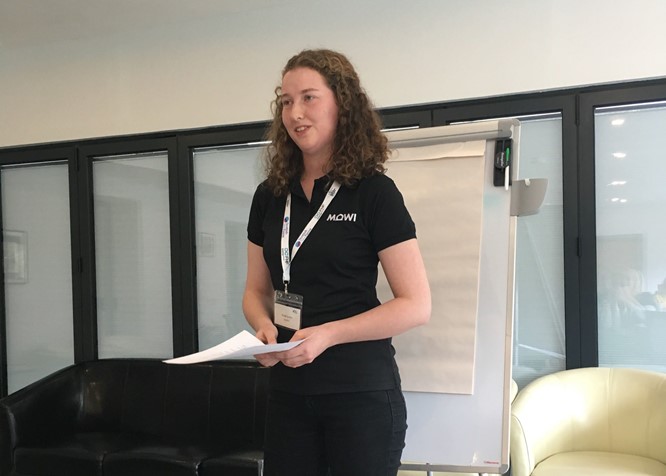 So, what is so inspiring about women in aquaculture? The desire to be the best they can be, their dedication to their teams and their ability to spin all the plates.